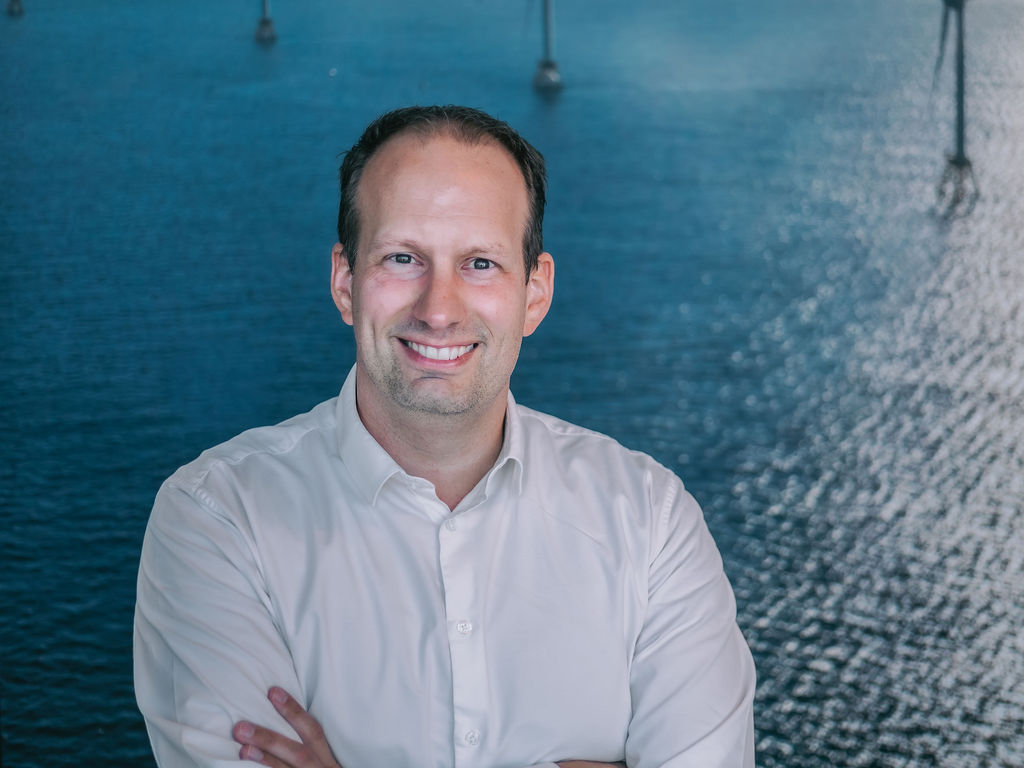 Leading up to Wind Europe ElectricCity 2021 from 23rd of November to the 25th, the Ventolines crew will introduce themselves in a series of four blogs. This week, Thijs Afman, the Director Wind Energy EU will kick off this series.

Thijs recently celebrated his five year anniversary at Ventolines, so what is working at Ventolines like? Thijs: ‘Collaborating with highly skilled engineers, financial experts, legal counsels and captains of the wind industry to complete challenging tasks. I strongly believe that success stems from working together as a team. We use the right IT systems and clear processes to control projects and create cost efficiency in task execution.’ For Thijs, customer focus and pragmatic solutions are the key to moving projects forward.

Thijs: “My focus is increasing the share of renewable electricity to preserve our planet and wealth for the next generations, through straight forward and efficient project management”.

Thijs began his professional career in 2002 as electrical engineer in various sales positions. After several years, his increasing interest in renewable energy motivated him to start working in the wind industry. As a sales manager for the manufacturer Enercon he worked on various projects during several stages. This position required him to combine his technical knowhow with high customer demands. He used the latest technical insights, financial structuring and contract demands of main utilities, like RWE Innogy, Vattenfall and Eneco.

In 2016, Thijs was ready for a change, and decided to start guiding project owners as a contract manager for Ventolines. For Thijs, this was an opportunity to put his expertise to use for smaller and independent developers and investors. After a year, he was appointed as the project manager of one of the most challenging projects in the Netherlands. This allowed him to do what he likes most: solving complex problems while minimizing risks for customers. For the Drentse Monden en Oostermoer project Thijs and his team faced the challenge of reducing the electromagnetic interference to nearly zero, because of a highly sensitive radio telescope next to the wind farm.

In his personal time, Thijs is training to become a private pilot. With this hobby Thijs challenges himself to learn new skills and experience the liberty of flight. Focusing on procedures to maintain the highest safety standards at all times. This underlines his believe that acceptable risks can be taken, as long as they are recognized and under control. Furthermore, flying gives a unique perspective on life and choices to be made. It is needless to say that Thijs is eagerly awaiting the electrification of the aviation sector and took the opportunity to fly his first hours in a small electric plane.

Would you like to discuss a challenge or opportunity with Thijs? Click here to connect with Thijs on LinkedIn or schedule an appointment during the WindEurope trade fair using the form below.