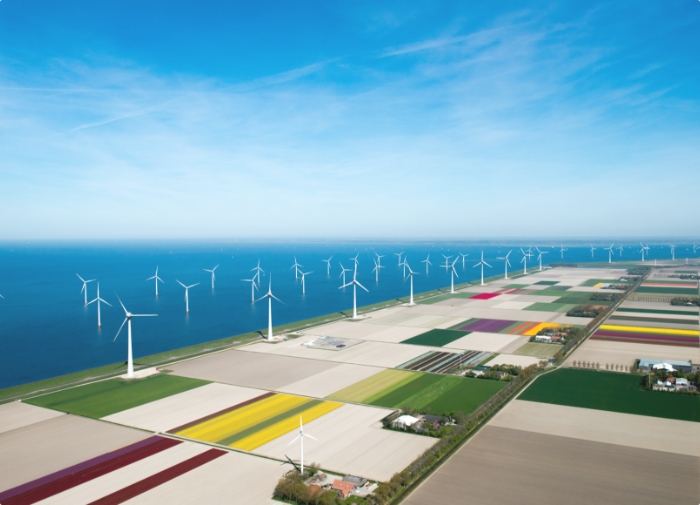 The wind farm is an initiative of farmers who live and work on the Wester- and Noordermeerdijk. The first initiatives were taken in the early 90s and the construction of the wind farm started in 2013. The turbines are largely placed on land owned by the initiators participating in the project. In the spring of 2017 Wind Farm NOP Agrowind was completed and on June 2, 2017 the official opening took place.

The wind farm is now operational and contributes to the renewable energy supply of the Netherlands. Through the renewable power generated by the 26 wind turbines of the wind farm, an annual CO²-saving of 327,800 tons is achieved.

Meet our US team

Meet us at WindEnergy Hamburg