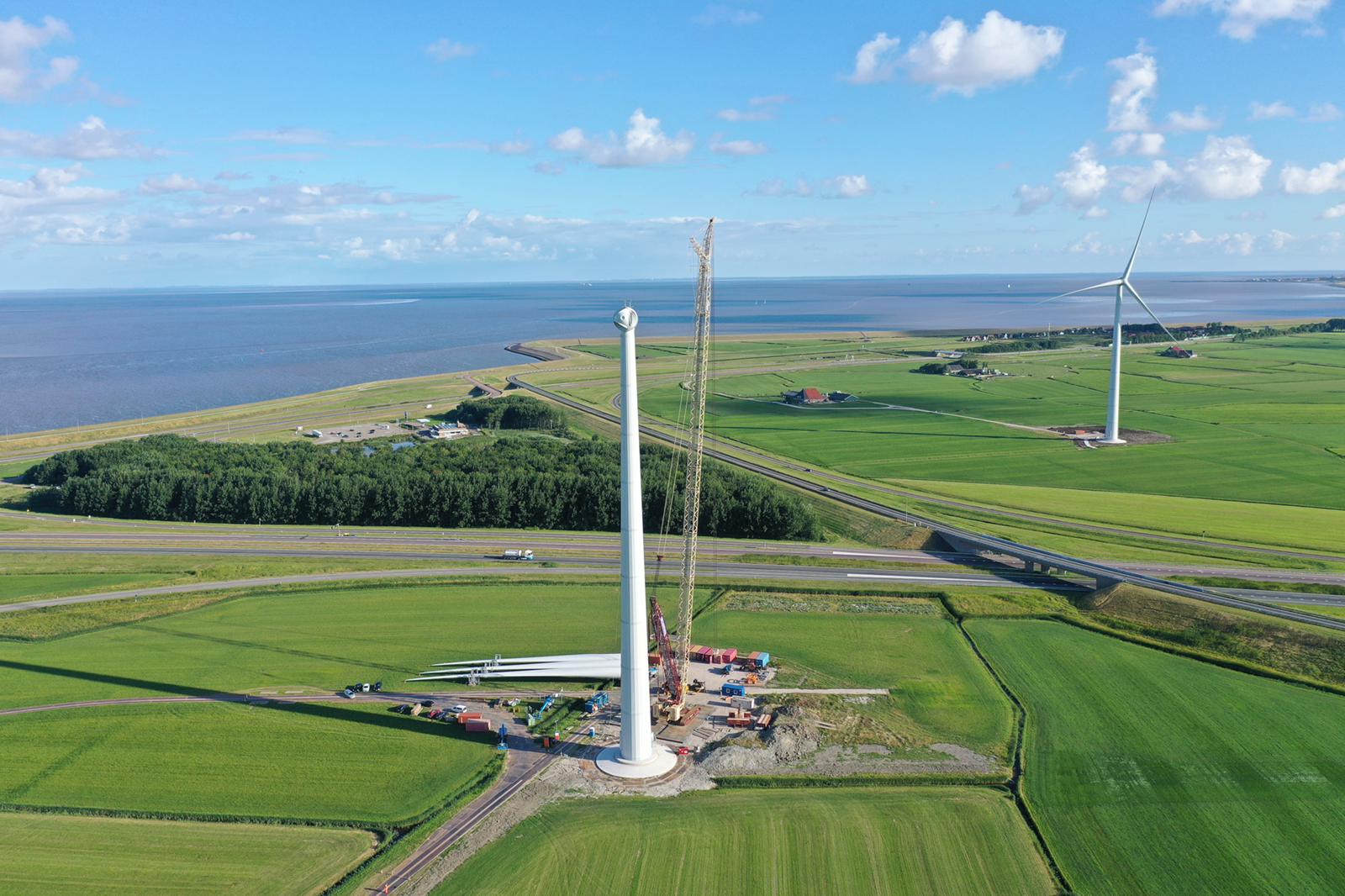 Windpark Nij Hiddum-Houw is located at the head of the afsluitdijk and is described as one of the best wind locations in the Netherlands. Windpark Nij Hiddum-Houw will soon consist of 9 windmills that will replace the sixteen windmills that are now there. The green electricity from the wind turbines will soon be available for people and businesses, but the production corresponds to the amount of electricity that 46,000 households consume annually.